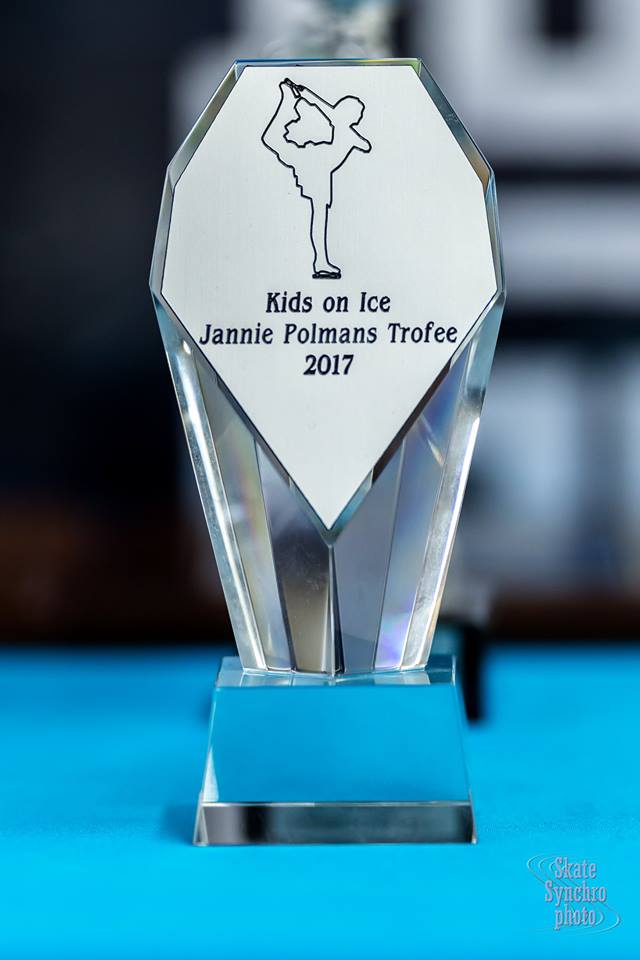 Jannie Polmans was the founder of Kids on Ice. In 1990 Kids on Ice performed their first show, which would continue to be an amazing annual event until the last show in 2012. The most important thing during our show period was to entertain people. Jannie made sure every kid on every level could shine in their own way with a huge smile on their face.

Jannie is no longer with us but her vision still remains very important to our club. That is why we present the Jannie Polmans Trophy to the most entertaining team of each years Lumière Cup.

Last year team Ice Fire Pre-juvenile from Poland won the very first Jannie Polmans Trophy and made everyone smile with their Minions program.